Lament for the Great Bear Rainforest

On Tuesday, March 31, 2009, the Government of British Columbia announced that it had “met its commitment to establish an Ecosystem-Based Management (EBM) system for coastal B.C. by March 31, 2009.” Agriculture Minister Ron Cantelon announced “The war is over. Now we can move on in a positive way). Valerie Langer of ForestEthics said “We have made tremendous ecological gains.” The Greenpeace Canada website proclaimed “Greenpeace is celebrating an enormous success—the protection of the Great Bear Rainforest. The government of British Columbia has announced the implementation of the most comprehensive rainforest conservation plan in North American history for the Great Bear Rainforest.” First Nations and forest companies also praised the deal. 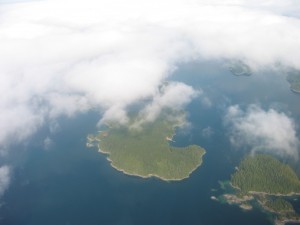 I have been following, writing, and teaching about the politics of coastal forest conflicts in British Columbia for almost two decades now. I have not been directly involved in the Great Bear Rainforest deliberations, with the minor exception of being a co-author of a report to the Coast Information Team. So I feel like I speak mostly as an outsider, but as one with some knowledge of policy in the region and a perspective detached from immediate stakeholders, and also as one deeply committed to conserving the extraordinary ecological values of the region. There, I’m breaking from the mould of the independent academic I’ve carefully cultivated over the years. But the Great Bear Rainforest is just too special a place.

From that perspective, I don’t share the celebratory mood of the environmental community. I honour the enormous amount of work done by all stakeholders in searching for common ground. I’m proud that the province has made such enormous strides in sharing governance with First Nations who have called the region home for millennia. But I’m also very disappointed in the conversation gains reflected in this announcement.

History leading up to this announcement

The media have made much of the significant amount of area protected by the government in this decision, one-third of the 6.4 million hectare region. But those decisions were previously announced in February of 2006 (to much international acclaim) and legislated shortly thereafter.

What this next round of decision-making has focused on are the rules guiding forest management activities outside of protected areas. Since 2001, the parties have agreed that the policy framework would employ “ecosystem-based management,” or EBM, in areas outside those formally protected. The general definition of EBM as it has evolved in the region is “an adaptive approach to managing human activities that seeks to ensure the coexistence of healthy, fully functioning ecosystems and human communities.”

However, the parties could not agree on what constituted EBM operationally. .A special collaborative science process was developed, called the Coast Information Team, that contained representatives from all major parties, and produced an EBM Handbook in 2004 that defined one version of EBM. However, the multistakeholder land use planning process going on at the same time did not adopt this definition. Industry, government, and First Nations representatives balked at the high levels of protection in the EBM Handbook and replaced them with a set of more modest “transitional management targets.”

One of the foundations of EBM has been the objectives for landscape level biodiversity, in particular the retention of old growth forest. The philosophy of EBM, at least before it was diluted with socio-economic objectives, is that resource management should reflect patterns of natural disturbance in the particular ecological system in question. The key guiding concept has been the “range of natural variation” that has existing historically in the ecosystem. The particular nature of this coastal rainforest ecosystem is one where the natural range of variation in the representation of old growth has been very high – above 90% for the dominant species in the region.

The EBM Handbook that resulted from the collaborative science process set a target of 70% for old growth forest representation at the landscape level. The transitional management targets resulting from the land use planning process, and embodied in the government’s 2006 land use decision, provided for only 30% of old growth forest representation. This difference was huge, and extremely divisive. Environmentalists could not agree to it as a long term target, so when Premier Campbell made his historic announcement in 2006, the government committed to “full implementation of EBM by the end of March 2009.” To environmentalists, full implementation meant the EBM Handbook target of 70%. Essentially, the 2006 decision was a constructively ambiguous compromise that postponed the resolution of the difficult conflict over old growth representation, until now.

The core of the government’s new EBM decision is the commitment to “Low-impact logging regulations that will conserve 50 per cent of the natural range of old growth forests.”

The first point to make is that this region-wide commitment to 50% is a far cry from the landscape level commitment to 70% representation that environmentalists had been considering their bottom line. It’s exactly half way between what environmentalists wanted and what other parties wanted. A simple compromise by splitting it down the middle. Not necessarily a cause for celebration, but a gain over what government had agreed to previously.

The 50% target comes from the preamble to the Legally established Central and North Coast Amendment Order. It says “For the purpose of this order, the intent is to maintain old growth representation at 50% of the range of natural variation across the combined area covered by the South Central and Central and North Coast Orders.” The final sentence of the preamble states that “This preamble is provided for context and does not form part of the order.” In other words, this 50% representation target is not binding. It is uncertain what role this target will play in actual decisionmaking, for example whether a district manager could reject a management plan because it does not meet this target. I don’t think they could, but please comment if your interpretation is different.

We need to move to other parts of the order to search for the legally binding language. The order requires that operations maintain an amount of old growth in a landscape unit greater than the “default target”. These default targets are listed in a table in Schedule 4, and vary from 30% to 100%. (Where the landscape unit has less than the default amount, old forest needs to be “recruited” over the next 250 years.) Section 14.6 of the order provides that less than the default target can be retained if five conditions can be met. One of these conditions is that it not fall below 30% of the range of natural variation. The other conditions are as follows:

·         Old forest is retained to provide sufficient habitat to sustain species at risk and regionally important wildlife, based on the above assessment

These conditions do not appear to be significantly more onerous that those required by normal forest operations under the Forest Range and Practices Act outside of EBM areas. The first condition is already part of established practice (in fact seems to fall a bit short of it).  The second condition requires an assessment routinely performed as part of forest planning. The third condition might provide additional protections, but forest managers are already required to establish protection of wildlife if they are identified in need of protection by the government.  The clause at the end of the fourth condition provides a great deal of leeway to avoid an adaptive management plan, not that such a plan would necessarily shape the level of protection.

Perhaps I am misunderstanding the significance of the constraints embodied in these conditions. If so, please comment.

It looks to me like the order is structured to indicate an aspiration to manage for 50% of the range of natural variation, but there is no legal requirement to manage beyond 30% (except in 9 of the 95 landscape units in the region).

This level of old growth protection falls far short of the standards set by the independent science team. I find it hard to justify the use of the term ecosystem-based management when the representation of old growth forests is so far below the natural range of variation.

What is remarkable about the Great Bear Rainforest is the extraordinary extent of intact coastal old growth temperate rainforest. A spectacular ecosystem, one of the dwindling great wild places on earth. Many are celebrating that we’ve “saved the Great Bear Rainforest.” I don’t see it that way. We’ve protected a third from industrial development (well, somewhat less than that since some of the areas allow mining). In the remaining two thirds, we’ve adopted a system of forest management that requires between 30 and 50% of old growth forest be retained. That decision allows a tremendous amount of forest fragmentation in a remarkably undisturbed part of the world.

The dismal state of forest products markets means that industrial pressures for logging the region in the near future are likely to be limited. And environmentalists have apparently gotten a commitment from the government to revisit the issue of moving up to 70% within 5 years. Maybe that means there’s continued reason for optimism. Based on this decision, though, the conservationist side of me is not feeling celebratory.

For more information about the history of collaborative processes in the region, see Merran Smith, Art Sterritt, and Patrick Armstrong, “From Conflict to Collaboration: The Story of the Great Bear Rainforest.” May 2007.