Framing Strategies in Environmental Controversies: A Case Study of the Tar Sands vs. Ethical Oil 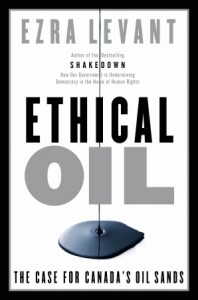 Environmental controversies seem to follow regular and predictable patterns of rhetorical conflict, but we are not aware of any resources that characterize or conceptualize the nature of these argumentative strategies. Sociologists and political scientists who do research on interest groups and framing have been interested in more abstract and structural aspects of the phenomenon, and don’t provide useful guidance on either how to deconstruct arguments in an organized way, or how to make arguments in a more persuasive way. Public relations consultants must have guidebooks they use, but we’ve never run across one. If you aware are of any such resource, please let me know. 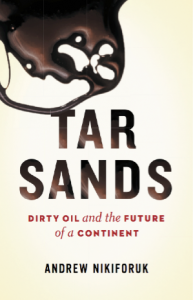 To illustrate their use, we’ve used examples from one of the great framing struggles of our time, the battle over Alberta’s oil sands. While the resources from which to draw examples are enormous, we restrict ourselves to selecting appropriate examples from two debates between two of the most prominent actors in the dispute: journalist and author Andrew Nikiforuk and conservative political activist and author Ezra Levant.

Nikiforuk is a journalist and strong critic of oil sands development from an environmental and economic perspective. He has written many articles on the subject but his best known for his book Tar Sands: Dirty Oil and the Future of a Continent.

Ezra Levant is a conservative political activist and commentator, and the author of the recent book Ethical Oil: The Case for Canada’s Oil Sands. The framing of the oil sands as ethical oil has been adopted by the Harper government in recent months

We’re not trying to reinvent the wheel, so if you are aware of a better characterization, please comment. Please also let us know whether you see any additional strategies or have comments on our categories.

For greater elaboration of their arguments, see

This entry was posted in Oil Sands. Bookmark the permalink.

2 Responses to Framing Strategies in Environmental Controversies: A Case Study of the Tar Sands vs. Ethical Oil