Can the Oil Sands be Made Environmentally Sustainable? 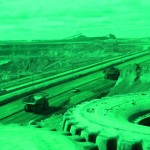 One attempt to define an approach to “greening” the oil sands is a report released in April 2009 by the Canadian Energy Research Institute titled “Green Bitumen” which analyzes different alternatives to reducing carbon emissions from the oil sands. The standard for “green” oil sands used in this report is defined as the same level of greenhouse gas emissions per unit of energy as conventional oil. This standard was chosen to deflect the criticism that oil sands products are more greenhouse gas intensive than conventional oil. According to CERI, the greenhouse gas problem “is a drawback that will hinder future oil sands development.”

Currently, oil sands production produces more greenhouse gas emissions than conventional oil production because methods for extracting the bitumen, a thick, sticky form of petroleum, from the sands and upgrading the product to synthetic crude oil are very energy intensive. At present that energy is provided almost exclusively by natural gas. The natural gas is used both to create steam to separate bitumen from the sands and also as a source of hydrogen for upgrading the bitumen into synthetic crude oil.

How much more greenhouse-gas intensive oil sands are depends on how you define the product life cycle. According to a recent comprehensive study, when examining the “well to refinery gate” life cycle, producing a barrel of synthetic crude oil from the oil sands produces about 3 times more greenhouse gases than conventional oil. However, when examining the broader “well to wheels” life cycle that includes the combustion of fuel in automobiles or elsewhere, the production of synthetic crude oil from the oil sands is only 5-15% more carbon intensive than conventional oil. The difference is accounted for by the fact that the overwhelming majority (60-80%) of the carbon emitted during the fuel cycle occurs in the “vehicle use phase,” that is, combustion of refined petroleum products, mostly gasoline in automobiles.

Nuclear power could be used to fuel the extraction process by producing steam and potentially electricity. CERI assesses the potential for “small-scale nuclear facilities.” The study concluded that a nuclear facility, such as the ACR-700, could potentially produce the steam required, but the technology’s application to oil sands is “still early in development”. Of the three options, nuclear power would be the most expensive – CERI’s model projects an additional cost of $19 US/barrel. As a result, the benchmark price for oil would need to be approximately $105 US/barrel to justify this option.

The second alternative evaluated by CERI is the gasification of coal (or coke). Gasification is the process in which the coal is not burned but instead converted into a “syngas.” Syngas, some of which can actually be produced by byproducts of the oil sands process, replaces the need for natural gas. The syngas is less carbon intensive, but producing it generates large quantities of carbon, and as a result would need to be combined with carbon capture and storage. Under a gasification system combined with carbon capture and storage, achieving the “green bitumen” standard would cost an additional $13.50 US/barrel, requiring oil to be roughly $95 US/barrel to be economic.

Each of these alternatives would increase the costs of oil sands production, and CERI argues that the current regulatory approach does not provide sufficient incentives for firms to invest in using any of these approaches to reduce their carbon footprint. Alberta currently has a $15/ton levy for industrial producers who emit more than 100,000 tonnes, but CERI believes it would need to be about four times larger (p.47) in order to create sufficient incentives to meet the green bitumen standard.

How Green is Green Bitumen?

While this report received some media attention, it is important to note that its standard for greening the oil sands is quite limited. It is based on reducing emissions to the equivalent of conventional oil. While this would represent some progress for the oil sands and would undercut some of the “dirty oil” rhetoric, it would still involve reliance on highly carbon intensive fossil fuels with considerable greenhouse gas emissions to the atmosphere. It falls far short of the standards others have developed to eliminate or virtually eliminate greenhouse gas emissions from fossil fuels (such as that developed by Mark Jaccard in his award winning book, Sustainable Fossil Fuels, Cambridge, 2005).

The proposal to green the oil sands by increasing reliance on nuclear power has its own environmental, health, and safety risks that require careful consideration. In addition, the “dirty oil” critique by environmentalists goes beyond climate impacts to address concerns about boreal forest habitat destruction and impacts on water quantity and quality.

Bringing the greenhouse gas emissions of oil sands into line with conventional oil would represent progress, but meeting the Alberta government’s own objective of “developing the oil sands in an environmentally responsible way” requires much more. Given the planned expansion of the oil sands, their carbon emissions, even if brought in line with conventional oil, will continue to threaten Canada’s ability to achieve any meaningful greenhouse gas reduction target. Pursuing a more demanding standard for sustainability in the oil sands requires a more dramatic overhaul of regulations.