On the evening of June 26, 2009, the US House of Representatives took the historical step of passing the first bill that would directly control greenhouse gases, by a thin margin of 219 to 212, with 8 Republicans voting for the bill and 44 Democrats, mostly from coal-dependent states, voting against it. The American Clean Energy and Security Act would use a cap and trade system to reduce greenhouse gases by 17% below 2005 levels by 2020 and 83% by midcentury.

Post-hoc analysis thus far has been relatively limited (the bill was passed late on a Friday as Congress was moving to a recess, and the climate policy analysis community is presumably taking a bit of a break as well).

The most important thing for those not intimately familiar with the US legislative process to understand is that the US Congress has two co-equal chambers, and the US Senate now needs to take up climate legislation and pass its own version. The rules in the Senate are different and more daunting – because of the threat of filibuster, you essentially need 60 votes from the 100 person Senate. Furthermore, rather than representation being based on population, as in the House, in the Senate each state gets two Senators, whether the state is as populous as California or as sparsely populated as Wyoming. As a r 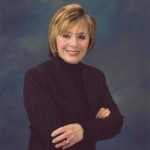 esult, political opposition to climate action might be even more formidable in the Senate because farm and energy states have disproportionately more power.

If a climate bill is passed by the Senate, the differences between the versions from the two chambers need to be resolved in a so-called “conference committee.” The final bill needs to be derived from the versions emerging from the House and Senate. What this means is that if the Senate produces a weaker version than the House bill, the final bill will be no stronger than the House bill and will likely be weaker than it. All eyes will now thus move to California Senator Barbara Boxer, chair of the Senate Committee on Environment and Public Works which will do the heavy lifting on the bill.

I’ve collected what I see as the best of the early analysis here:

Kate Sheppard of the Grist has a great overview piece, as well as a useful overview before Friday’s passage of next steps in the Senate. The photo of the enviro dude trying to force a smile is brilliant.

Climate blogger Joe Romm calls it a moment to be savoured.

Both CQ Politics and the National Journal have good overviews of the politics of the final passage, and the CQ piece refers to upcoming Senate action.

The Economist has a good piece on the more problematic compromises made to get is passed, particularly the provisions to give the Agriculture Department control over defining agricultural offsets and the exemption of indirect land use change for 5 years.

If you are tired of vote breakdown maps and struggle with the constraints of political possibility, amuse yourself with an illiterate and hateful rant that shows up at the Daily Kos. And that was before the Minority Leader of the House, John Boehner, called the climate bill a “pile of s–t’”

In gathering sources I’ve relied in part on the twitter feeds of @ecopolitologist, @david_h_roberts and @kate_sheppard