One Land Manager, or Seven? The 2010 Reorganization of Natural Resource Management in BC

On October 25, 2010, BC Premier Gordon Campbell announced a fundamental restructuring of the organization of the BC government with respect to natural resource management. The government created a new ministry, Natural Resource Operations, and moved many of the responsibilities of existing resource agencies – Energy, Agriculture, Forests, and Environment – to the new ministry. In announcing the changes, the government issued a press release listing the names of new organizations, their ministers and deputy ministers, and the new responsibilities of the ministries. But there was no public explanation or rationale provided for the change, so it is hard to evaluate the government’s thinking. The one quote in the press of a rationale from the Premier is that the change would “allow us to move forward in a comprehensive and integrated manner across the natural resource ministries.” In an internal email circulated among staff in several natural resource ministries, Doug Konkin, deputy minister and chief executive officer of the new Ministry of Natural Resource Operations, described the changes as “formaliz[ing] the “One Land Manager” concept” and better positioning BC to “attract global investment and turn proposed projects and investments into actual worksites and jobs.”

The changes have provoked criticism, including a public outburst by Bill Bennett, Campbell’s own Minister of Energy, that landed on the front page of the Vancouver Sun. Overlooking the well-established convention of cabinet solidarity, Bennett chastised the Premier for making fundamental changes to the organization of natural resources without consulting his caucus or cabinet. The decision was also criticized by a leading environmental group. West Coast Environmental Law expressed concerns about the reorganization creating undue emphasis on expeditious resource approvals at the expense of environmental protections:

The Changes in Responsibilities 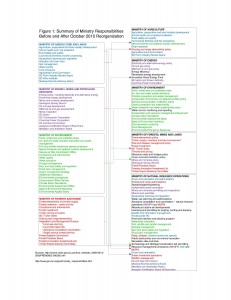 Figure 1: BC Government Natural Resource Management - Before and After

To display the shift in functions to the new Ministry of Natural Resource Operations (MNRO), we’ve constructed a flow chart that shows the allocation of responsibilities before and after Monday’s announcement, shown in Figure 1 (click on Figure to enlarge).  The main thrust of the change is to move operational responsibilities from sector-specific resource ministries to the new MNRO, but leaving the higher level policy development within the sector specific ministries. For example, forest authorizations, such as Forest Stewardship Plan and cutting permit approvals, has been moved to MNRO, but forest stewardship policy remains within the Ministry of Forests (now Forests, Mines and Lands but more on that shortly). Likewise, the Oil and Gas Commission, which approves oil and gas developments, has been moved to the new MNRO, but oil and gas policy remains in the Ministry of Energy.

These changes are profound. They are likely to be particularly troubling to entities that have a strong organizational culture. The BC Forest Service, created in 1912, has been moved around and renamed a number of times in its history. But this is the first time we are aware of that core components of it have been divided between different ministries.

In addition to that separation of policy from operations, some policy responsibilities were shifted around. Mining was moved out of Energy and into Forests, and Crown land administration policy was moved from Agriculture to Forests. Forests gave range policy back to Agriculture. Oddly, part of the Integrated Land Management Bureau was moved to the new Ministry of Regional Economic and Skills Development.

The rationale for these changes is presumably to improve the coordination of natural resource operations to expedite approvals and facilitate resource-based economic development. This raises three questions:

Lessons from Past experience with integration

This is not the first time that the BC government – in fact the Gordon Campbell BC Liberals – has attempted to reorganize government natural resource functions to promote greater integration and efficiency in approvals. When the Campbell government came to power in 2001, it created what they hoped would be a new “super-ministry” in the Ministry of Sustainable Natural Resource Management to improve the integration of natural resource policy and operations. While the original hope was that the new Ministry would facilitate natural resource administration, the end result was that it frustrated it. The problem was that the consolidation of functions was too limited: the Ministries of Forests and Environment still retained significant authority. So instead of reducing transactions costs, the net result was the there was more “red tape” for resource industries. The government dismantled the Ministry of Sustainable Resource Management in 2005, and redistributed its remnants back to the pre-existing resource agencies.

The most organizationally unstable function is arguably one of the most important: land use planning. When the NDP government launched comprehensive land use planning in the 1990s, they coordinated interagency activities through a cabinet office known as the Land Use Coordination Office. The Liberals came to power and created the Ministry of Sustainable Resource Management and housed land use planning functions there. When that ministry was disbanded, the government created the Integrated Land Management Bureau (ILMB) and housed it within the Ministry of Agriculture and Lands. In 2009, ILMB was moved over to the Ministry of Forests and Range. In this latest reorganization, ILMB as such has disappeared. The fate of some of its responsibilities is unclear, but the once-pivotal responsibility for land-use planning has been relegated the new Ministry of Regional Economic and Skills Development. It is hard to see how that move will improve coordination of natural resource management in the province.

Reorganizations are typically designed to address a particularly salient problem, but frequently create unintended consequences. Concentrating all natural resource operations in one ministry may facilitate project review and approvals, but separating operations from policy might create other problems. One risk is that organizational learning might become even more challenging. Policy reform should be informed by operational experience, but if the feedback from that operational experience needs to cross more organizational boundaries, it is less likely to be communicated effectively.

Another risk is that policy signals might not be received as well, and it might be more difficult for policy makers to monitor implementation. This risk is the basis for environmental group concern that environmental values might receive less attention in the reorganization.

Is organizational design the problem, or is it capacity?

This major reorganization is based on a premise that the previous structure was deeply flawed. Another view is that the fundamental problem is one of capacity – the financial and human resources to perform the governance functions effectively. Insufficient capacity is a core part of the critique of the decision leveled in Energy Minister Bennett’s criticism of Campbell’s decision:

The fundamental problem facing the natural resource ministries is they’re underfunded. We work the heck out of them [the employees] and we don’t have enough funds within these ministries to get the permits out the door, to develop the policy, to deal with the stakeholders, to do the work that actually leads to the majority of the revenue that comes in to government.

An analysis of changes in resource ministry budgets and personnel does show a significant decline over the past several years. Figure 2 show budget trends over the past decade for three major resource functions (Environment, Forests, and land use) (constant 2010 dollars). Budgets did increase in the late 2000s and peaked in 2008 but have declined precipitously since then. The three resource agencies combined saw their budgets drop by 27% between 2008 and 2010.

These recent reduction in budgetary and staff resource suggest that capacity is a major challenge for the resource agencies. Perhaps the reorganization will help the government cope with this challenge, but Minister Bennett, for one, is skeptical.

These organizational changes are dramatic; they appear to be significantly bigger than the reorganizations that occurred early in the Campbell government’s first term. That earlier experiment was acknowledged to be a failure. Whether this new effort to improve the organization of natural resource management in the province will be more successful remains to be seen. It would certainly be useful for the government to provide its officials as well as members of the public with a clearer rationale for the changes that shows how the lessons from past efforts at redesign and the risks to coordination and learning have been considered and addressed

12 Responses to One Land Manager, or Seven? The 2010 Reorganization of Natural Resource Management in BC