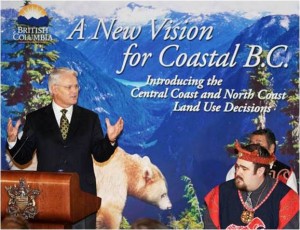 Next week, after ten years as Premier of British Columbia, Gordon Campbell will hand power over to Christy Clark. Natural resource policy has been one of the most dynamic areas of policy development during the Campbell era. This blog provides an overview of the most significant policy changes during Campbell’s tenure in the areas of energy, climate and forest policy. (Other aspects of the environment portfolio are not addressed.) This overview is not intended as an evaluation of the merits of the changes, but rather a ranking of the ten most consequential developments. I also provide a list of the five most significant shortcomings in policy development during the Campbell decade.

There are some deep contradictions in the list. That is by design. Climate action and aboriginal reconciliation top both the lists of most significant changes and greatest failures. In my view,  this is an apt characterization of the immense challenges of governing natural resource policy in BC during the Campbell era. 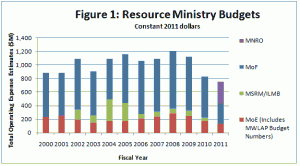 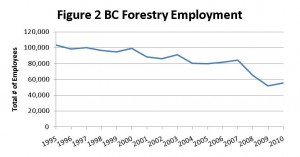 I would like to thank Stephanie Taylor for research and writing help and preparation of Resource Ministry Budget Figures, and David M. Pérez for help with employment figures.